Jason is a chartered psychologist with a PhD in transpersonal and organisational psychology. He currently lectures in HRM and Social psychology at Athlone Institute of Technology and has previously worked in universities both in the UK and Ireland. He is a chartered member of both the British Psychological Society (BPS) and Chartered Institute of Personnel and Development (CIPD). In 2014, he was awarded his PhD for conducting research with great place to work (GPTW) organisations in Europe and how they foster workplace spirituality.

His research interests include employee engagement, the impact of HRM on spiritual wellbeing, workplace spirituality and person-organisation fit theory. He also has interests in constructivist psychology and qualitative methodologies such as interpretive phenomenological analysis (IPA).

Jason frequently undertakes opportunities to update his industry knowledge and skills where he has worked as an HR management consultant with a number of multinational corporations and as a life and business coach. In particular, he has designed and delivered a number of personal development and leadership programmes to both the general public and senior executives across Europe and the Middle East. Jason regularly undertakes his own personal development work in areas such as holotropic breathwork, shamanic counselling and transpersonal depth work.

Vincent is currently CEO of the European subsidiary of an American educational company based in the Midlands. He has extensive experience of international business in many different sectors including educational materials and equipment, retail and engineering. Vincent has founded several successful companies and has served as Managing Director of companies in Ireland and the UK for the past 25 years.

Vincent has worked at all levels in firms in the SME sector and has extensive experience in marketing, project management, mentoring, international distributor and sourcing of products. Vincent currently serves on an influential European Commission ThinkTank for STEM learning across Europe. He has also successfully served on a number of influential EU large scale projects charged with increasing inclusion in science education at secondary schools. He is also Professor of Strategic Management at Uninettuno University in Rome.

He entered the business world at an early age as a sales executive within the import, export and wholesale distribution trade. As his career developed, he became sourcing, marketing and sales manager, and later sales director. Becoming heavily involved in international business within Europe, Asia, and the USA, he eventually became CEO.

Brian is currently a DBA candidate at Uninettuno University in Rome.

Anthony is an experienced university lecturer and business practitioner. Having served in middle management roles for organisations in many diverse industries, Anthony has a particular interest in HRM and Project Management. Before becoming an academic, he was involved in the restructuring of several companies prior to their sale and flotation. Anthony is an expert in TQM and has led teams in diverse manufacturing companies from heavy industry to pharmaceuticals.

Anthony is an expert in online learning and is the current director of our MBA programme. Anthony is currently completing his DBA.

Prof Moira O’Brien is currently an Osteoporosis and Sports Medicine Consultant at Affidea Dundrum, Past Member of the board of the Federation International Medicine Sportive (FIMS), Founder and President of the Irish Osteoporosis Society and, Member of the European Union Osteoporosis Interest Group on Osteoporosis. She has been involved in Sports Medicine for over 40 years. A founding Fellow of RCPI/RCSI Faculty of Sport & Exercise Medicine, she was the Medical Officer to the Irish Olympic team at the Moscow, Los Angeles and the Seoul Olympic games. She was the Medical Director of the first Masters in Sports and Exercise Medicine in Great Britain and Ireland based at Trinity College, Dublin in 1990 to 2005, and since then an Honorary Medical Director. She is the author of numerous publications, books and articles on Osteoporosis and Sports Medicine and an invited keynote speaker at International Conferences worldwide. Prof O’Brien was awarded the Sir Roger Bannister Medal by BASEM in 2015 and the Faculty Medal by Faculty of Sports and Exercise Medicine (FSEM) in 2016, to recognize her outstanding contribution to the field of Sports and Exercise Medicine. 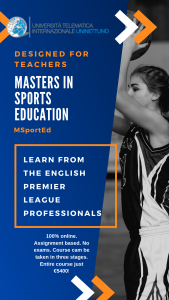